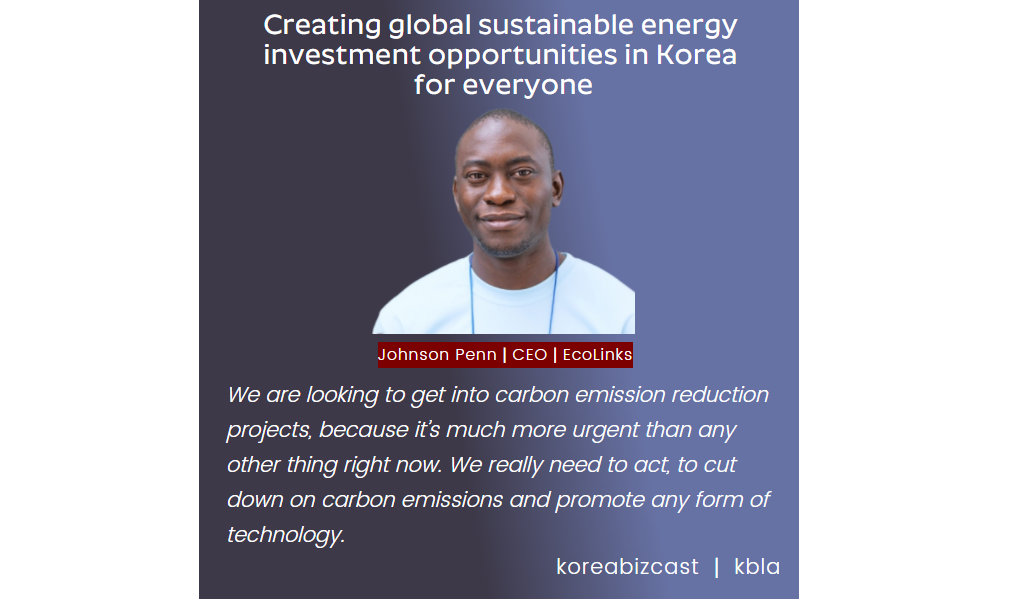 Cameroon-born Johnson cam to Korea in 2017 to study at Handong Global University. While living in Pohang he learnt Korean and began to build a plan for the future.

EcoLinks is aimed at creating a sustainable world where anyone can access clean and reliable energy. In a very convenient way, through EcoLinks, investors can choose the investment amount they want, search for a project that matches their profile and then invest through Paypal, Kakao pay or any of the other major payment services. So far he has developed three projects in Cameroon, two of which are already producing solar energy, and the third is almost fully invested.

EcoLinks mission is to bring clean energy to underprivileged societies and helping them emerge from poverty. They are already seeing really satisfying the end results.

Today’s episode is brought to you by the Four Seasons Seoul. Stylish elegance in the very heart of the city. 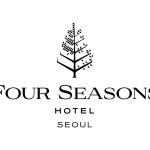 A successful niche player in the cutthroat world of delivery apps

You’re listening to Koreabizcast with the KBLA. I’m your host, Alex Jensen, and it’s Tuesday, February 15. Now still very much in the midst of winter. This episode today might have you dreaming of the summer months to come as sunshine is going to be a key theme. But also, I’ve been thinking, especially on some of the highly polluted days we’ve had recently, how we really should be ushering in a cleaner energy future. And that’s also a big part of the discussion. And it might be especially fitting that Today’s episode is brought to you by the Four Seasons, not literally the Four Seasons powering clean energy, but the Four Seasons Hotel Seoul, stylish elegance in the very heart of the city.