A new day at Kakao? Beyond Mobile, Beyond Korea and 300B won to support SME suppliers. 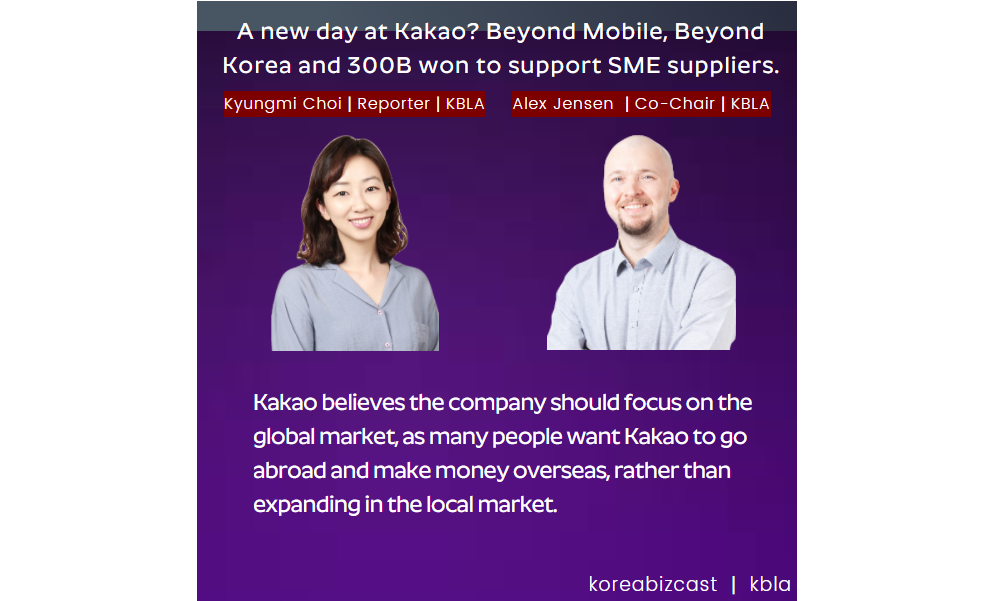 The company recently announced that it will invest 300 billion won to assist small businesses, digital content creators, startups, and mobility platform workers. These actions are seen in response to criticism both from congress and the general public of the company misusing its market power in its domestic operations.

Recently, the company also announced a slimming down of its business portfolio, cutting back on many of its business areas which were seen to be adversely affecting smaller businesses.

The company also unveiled its global expansion plans. Based on the idea of Beyond Mobile and Beyond Korea. Broadly speaking the company aims to generate 30% of its income from abroad by 2025. The most significant overseas presence currently is in Japan with a healthy webtoon business as well as other cultural content products. The company announced plans to invest in NFT-gaming and metaverse on top of its existing cryptocurrency business.

The company also plans to expand into Europe via France, the United States and Southeast Asia via its online cartoons/webtoons business.

The company hopes that these actions will lesson the public scrutiny of its domestic businesses as well as lessen its reliance upon domestic growth for market capital growth.