Human Rights Watch: Bridging the Gap Between Governments, the Media and NGOs 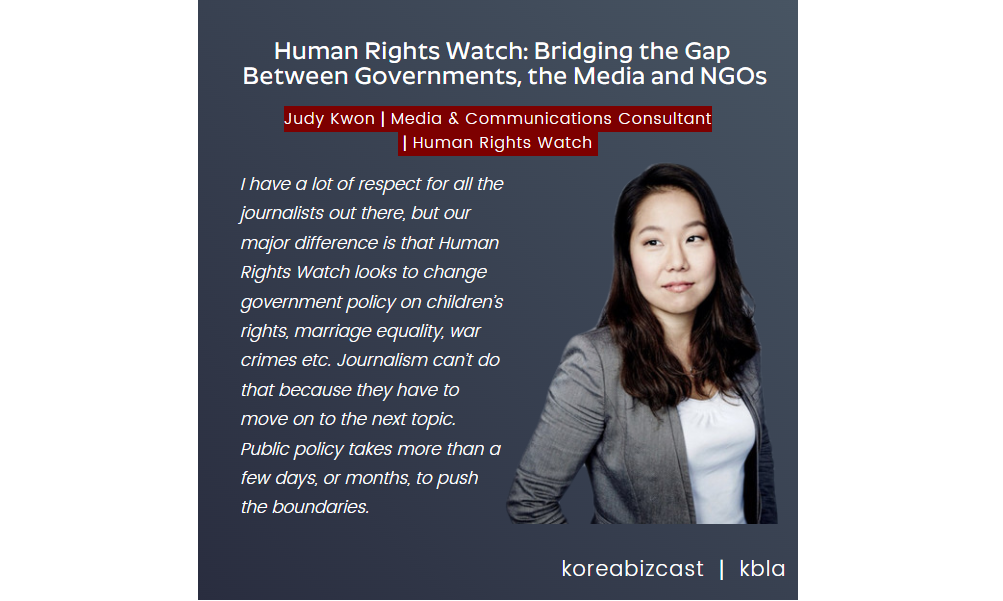 Judy Kwon, from Human Rights Watch talks with Alex Jensen about her personal journey from international student to journalism to Media Consultant with HRW. It is a fascinating journey.

For businesses everywhere in such turbulent times it is important to be aware of the social progression happening around us and their changing responsibilities.

Judy began her professional career working for CNN in Beijing as an intern, due to her talent, work ethic and skills at languages, this turned into a full-time position.

After twelve-years earning her stripes in global journalism, Judy moved to Human Rights Watch, first as Director of the Seoul Office, but then into a regional role as Media and Communications Consultant. She explains the move thus, “I have a lot of respect for all the journalists out there, but our major difference is that Human Rights Watch looks to change government policy on children’s rights, marriage equality, war crimes etc. Journalism can’t do that because they have to move on to the next topic. Public policy takes more than a few days, or months, to push the boundaries, one step forward, one step back.

Judy discusses her progress working with global companies to help them understand the impact of their actions on human rights. Recently she was able to highlight to Kirin, the Japanese brewer, how their actions and support in Myanmar was in fact not helping the general population but was actually supporting the military government. Kirin decided to cancel their contract.

Judy’s work and the work of HRW is commendable in helping governments and corporates understand their human rights responsibilities.

Today’s episode is brought to you by Eastpoint Partners, bringing you an unparalleled Asia-wide network that connects you with corporates, governments and investors. 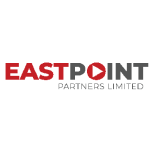