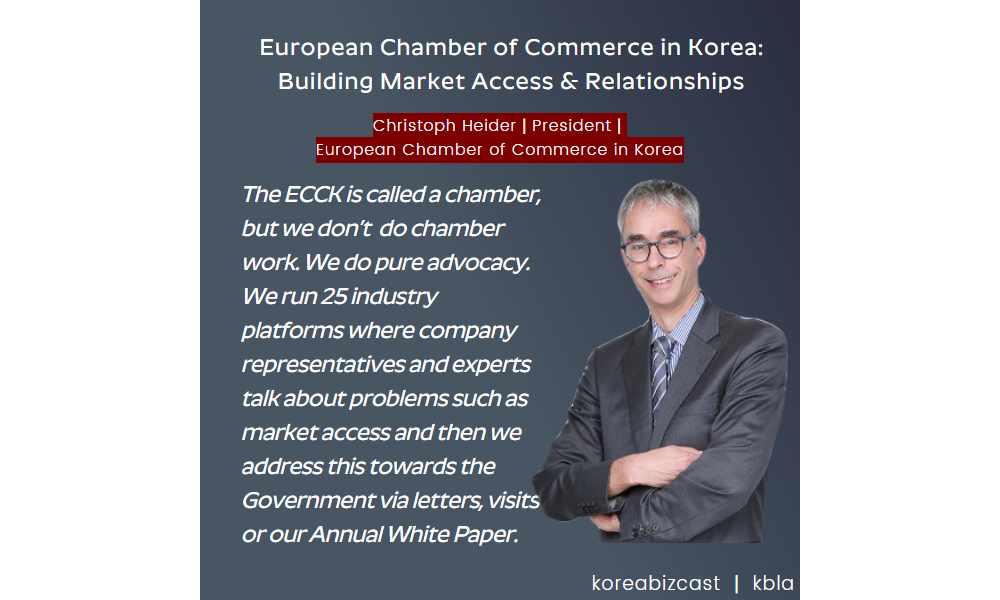 Christoph Heider is the President of the European Chamber of Commerce in Korea. Yesterday he talked with Alex Jensen from KBLA about his time in Korea, and the role that the ECCK has in enabling varying kinds and sizes of European businesses to access Korean markets. They also discuss Korea’s increasing profile and importance to Europe.

Christoph began visiting Korea back in 1997, and the trips became more frequent until he was appointed CFO of Bayer in Korea. A role he held until becoming President of the ECCK.

Christoph is well known in Korea, and his #LinkedIn tagline of I love my job, I love Europe and I love Korea is also becomingly increasingly well known. Christoph and his team work tirelessly to build the relationships between European and Korean businesses which are vital for business.

This however is not what he sees as being the core of his role, and the role of the ECCK.

Christoph dispels the notion that ECCK is an umbrella chamber for the other chambers representing European countries. Although called a chamber, the ECCK performs a differentiated role from that of the single-country chambers. As Christoph explains, “The ECCK is called a chamber, but we don’t really do chamber work. We do pure advocacy. We run 25 industry platforms where company representatives and experts participate. We talk about problems such as market access and then we address this towards the Korean Government via letters, visits, or our Annual White Paper. This is the unique work we do.”

Alex and Christoph also discuss one of the newer European business ventures in Korea, Legoland. Legoland is the first overseas theme park in Korea. Located just outside of Chuncheon City in Gangwon Province, it is scheduled for opening in just a couple of weeks, on Children’s Day May 5.

Away from work, Christoph is a musician and recently performed in a Blues Concert at the Studio to raise funds for  Ddingdong, a LGBTQ Youth Crisis Support Center.

This episode is sponsored by the Four Seasons Seoul Hotel. Stylish elegance in the very heart of the city. 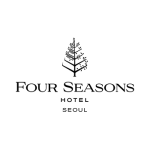